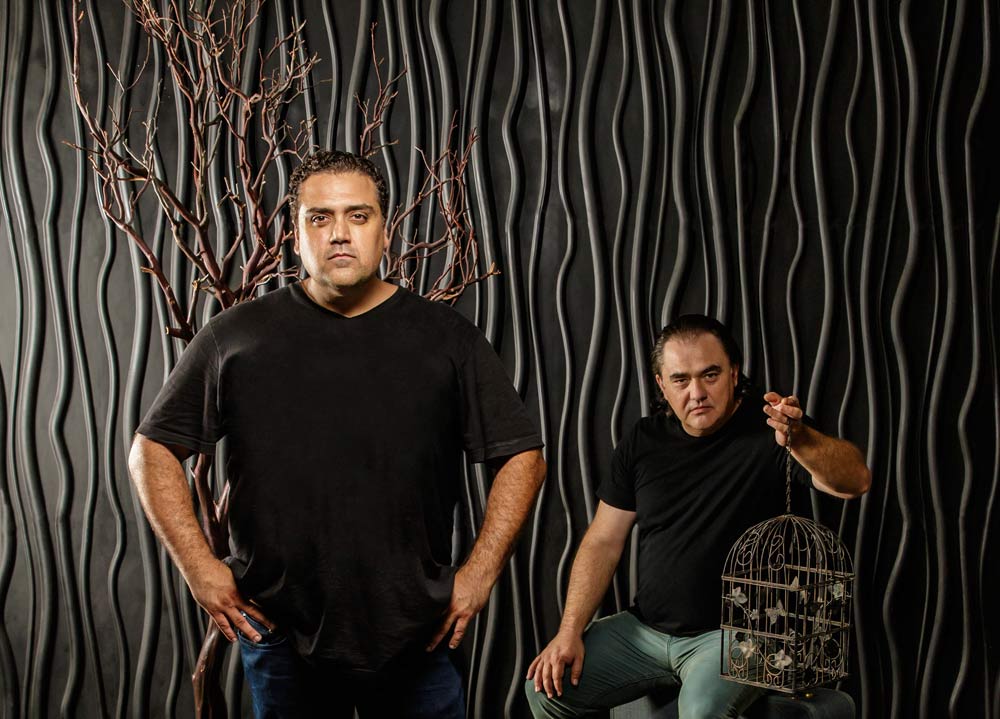 Thanks to German music website Streeclip for reviewing Giants. To read the original review in German, click here: Streetclip.de

If you are in Germany you can buy Giants and In Extremis from Just For Kicks: https://justforkicks.de/search?sSearch=days+between+stations

Here is a machine translation to English:

DAYS BETWEEN STATIONS honored us for the first time in 2007 with an almost instrumental work (´Days Between Stations´). The two main protagonists – guitarist Sepand Samzadeh and keyboardist Oscar Fuentes – also inspired a large number of musicians from the start to give them benevolent support. On the follow-up (´In Extremis´) in 2013 the rhythm team Tony Levin (KING CRIMSON) and Billy Sherwood (YES, CIRCA) were ready, as well as Peter Banks (YES), Rick Wakeman (YES) and Colin Molding (XTC).

In 2020 DAYS BETWEEN STATIONS present their third work (´Giants´) and it is no longer an instrumental work. So that the guest appearances of the colleagues no longer gain the upper hand, this time Billy Sherwood alone was hired as drummer, bassist and singer. In addition, Colin Molding takes over the vocals in one song, as does Durga McBroom in another.

Finally, DAYS BETWEEN STATIONS want to sound like a band that lives out in their solos and otherwise puts the song in the foreground. The fact that the keyboards have a proper place in the sound is currently very evident. In addition, they have mutually stimulated each other with cover artist Paul Whitehead and not only in the two seventeen and thirteen minute long tracks – ´Spark´ and ´Giants´ – revive the classic seventies prog rock era. The times between Neo Prog and New Artrock seem to be a thing of the past. In addition to the two long tracks, the voice of Durga McBroom in the quieter ´Witness The End Of The World´ is particularly pleasing. The brilliant, nine-minute ´Another Day´ and the catchy ´Goes By Gravity´ with XTC’s Colin Molding arouse even greater enthusiasm.

If the instrumental part of the DAYS BETWEEN STATIONS seemed too considerable up to now, you will finally be able to build a friendship with ´Giants´. Only one instrumental song was recorded within 60 minutes. The musical direction between 70s Prog Rock and later YES, on the other hand, should cause a sensation in many music-loving households.