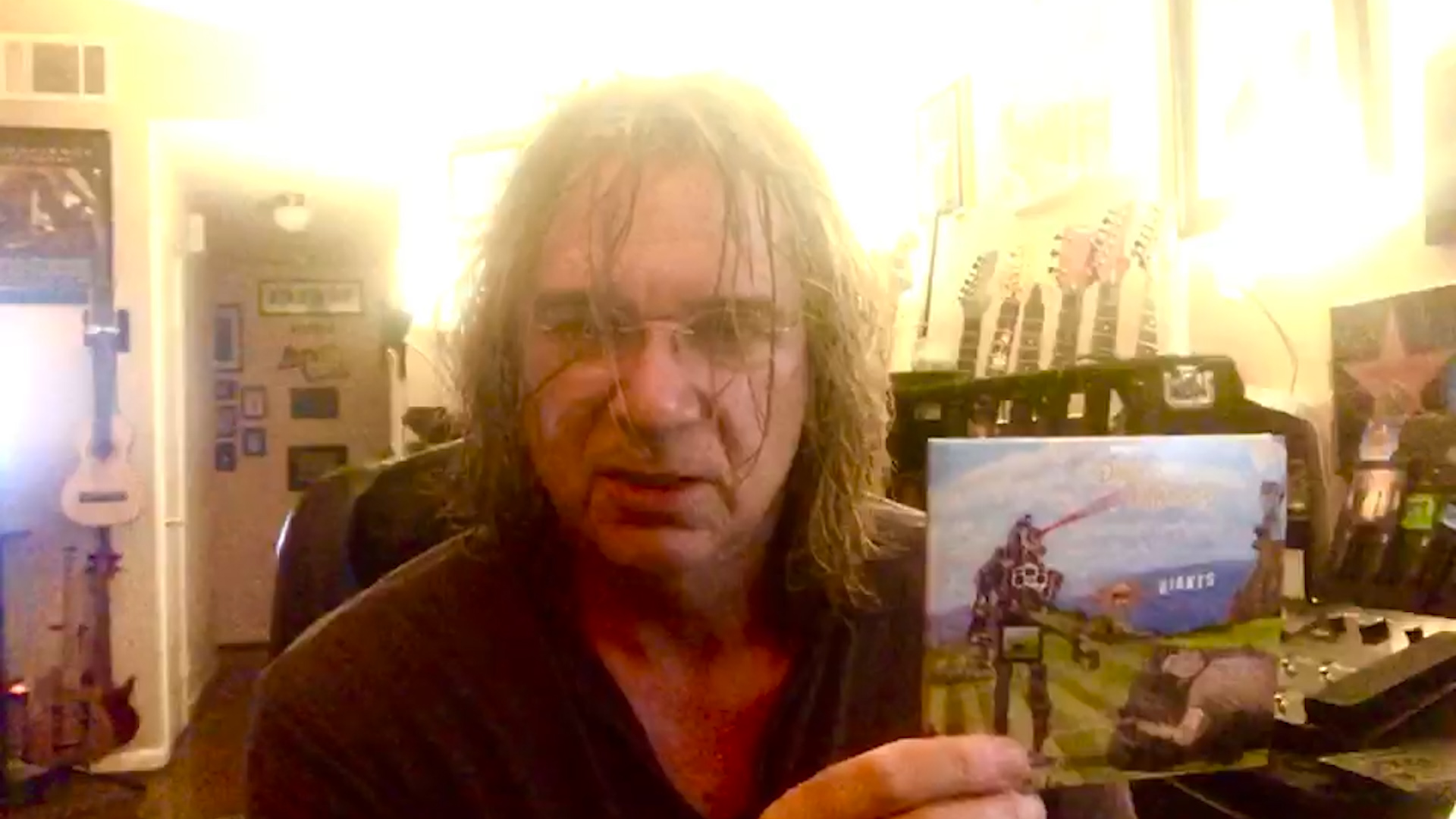 Billy Sherwood of YES helped produce and write for our third album “GIANTS” as well as lending his lead vocals, innovative bass playing and energetic drums to the album. Billy talks about working on the album and there are previews of the songs “Giants”, “Another Day” and “The Gathering”.

Although firmly rooted in the progressive rock genre, the new DBS album “GIANTS” ventures into more rock-oriented material. Says guitarist Sepand Samzadeh, “’GIANTS’ really brings the band through areas that we have not ventured before. Our debut album was instrumental, cinematic, atmospheric, experimental and more contemporary in vision and sound.”

Says Sherwood, “I love the creativity of Sepand and Oscar. The new record speaks to that spirit of imagination they both share. I’m honored to be a part of it and explore new musical horizons with them and I’m very proud of the new record we’ve made… Days Between Stations is a musical force to be reckoned with indeed. I’m very excited for people to hear this new record… We worked very hard to push our own envelopes and try to come up with something very unique and adventurous!”

The genesis of Days Between Stations new album “GIANTS” came about when, “My father passed away shortly after we released the last album, ‘In Extremis,’” Oscar explains. “He suffered from Alzheimer’s. Around that time, I wrote a piece of music and put some words to it. It was called ‘Giant’ and the visual inspiration for the lyrics came from me picturing a young boy looking up at his father. I clearly remember looking up at my dad as a young kid…literally looking up at him, as he was a tall man, but also for me my father and my mother were like giants, figuratively, and even all those years later there was a sense of ‘how can the world keep going on, without them?’ They had held up the sky, after all. At least it seems that way, I’m sure, to many young kids all over the world. So the lyric dealt with this young boy sort of dealing with seeing this ‘giant’ falter: to see him lose his memories, to disease; to see him lose his wife. And to realize that, at some point, the boy is now the same height as the father, the ‘giant.’”

Sepand adds, “We left the concept loose enough in order to have some wonderful collaboration again. Oscar and I were excited to approach Paul Whitehead to discuss the conceptual design. Paul took the idea and drew a proof, which was what you see on the final cover design. I remember that I took Paul’s proof and made a large copy of it, shortly after, when we began recording – Billy Sherwood, Oscar and I – inspired by Paul’s painting, used the paintings images and philosophy and developed songs and lyrics. Once we were done and needed more material, we met with Paul and hoped to inspire him with our sonic development. We would go back and forth several times inspiring one another and until the completion of the music and cover art.”

Oscar explains, “I hesitate to explain the ‘plot’ too much, but I think you could say that a pretty epic story is told here. Between the lyrics and Paul’s artwork and of course what the music conveys, I think a pretty complete picture is painted.”

Sepand continues, “With ‘In Extremis’ we had the honor of playing with some of our icons, this time we kept it local with one exception, Colin. So Billy, whom we consider the third station, re-joined us. He recorded drums, vocals and bass. Durga McBroom who recorded her vocals on ‘Witness the End of the World,’ and of course – our cousin across the pond – Colin Moulding can be heard on ‘Goes by Gravity.’”

Says Colin Moulding, “I was contacted by Billy Sherwood to sing on this track ‘Goes by Gravity.’ And because I was given a free reign, I re-wrote the lyrics somewhat to make the track more pointed…I think it turned out good in the end.” Durga adds, “Working on this project has been amazing. From Lebanon to the San Fernando Valley, we mixed our essences together. DBS’s magical music, Billy’s meticulous production, and my humble vocal offerings make a heady combo. I had a blast!”