A few words about Peter Banks

By Days Between StationsMarch 7, 2013No Comments 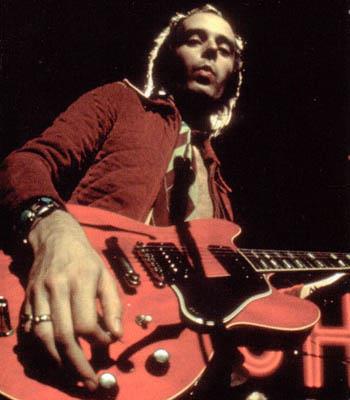 Oscar Fuentes Bills
I was shocked and above all saddened to hear that Peter Banks had passed away. As a lifelong YES fan, I can’t express what a life-changing experience it was when Peter agreed to play on this album. On first meeting Peter (over the phone) I couldn’t stop myself gushing praise over his incredible playing, and what an amazing (and unexpected) honor it was to have YES’s founding guitarist agree to play with us. Peter was modest, self-effacing (“I’m just a bald old geezer”), witty, and just generally a nice guy. Flash forward a couple of months to when Sepand, Bill Kaylor, and I first heard Peter’s tracks: slack jaws, heads shaking, we stared at each other wide-eyed and grinning from ear to ear at what Peter had played. Inventive, unpredictable, virtuosic and passionate, Peter had really played his heart out. My association with Peter was much, much too brief (in my mind, I was already imagining his contributions to our next album), but there was an intimacy created by our collaboration, and I can honestly say that I will miss this incredibly creative, talented musician.
Sepand Samzadeh
With the heaviest heart I want to say how much I miss my friend Peter Banks. I’m glad to have shared this time with him, brief as it was. He was a very kind and thoughtful soul. When we first chatted I was nervous… but he was so charming, gentle, and down to earth. We shared a great deal of silly jokes (many were aimed at drummers) he would say “What do you call a drummer in a rock band?”… “Always broke”. He brought so much youth, energy and creativity to our songs and put his stamp on ‘In Extremis’ and ‘Eggshell Man’. He told me he was having a great deal of fun working on these songs, and I know it was in earnest as he would email over twenty to thirty guitar tracks at one time. He put every atom of his being into these songs. His last three songs were ‘In Extremis’, ‘Eggshell Man’ and a soon to be released track on Billy Sherwood’s Prog Collective 2. I’m glad he got to hear most of the finished songs on this album. He texted me that he would call to catch up, but alas his heart gave out. He left a monumental legacy only of which a few of us would dream of attaining. I could always predict what some guitarist would do, but I couldn’t with Peter. His solos would buzz and cut through the air and leave your senses wondering what just happened. I had to take lessons after he delivered his tracks. I will forever honor you.